Weekly column: Why I back Rishi Sunak 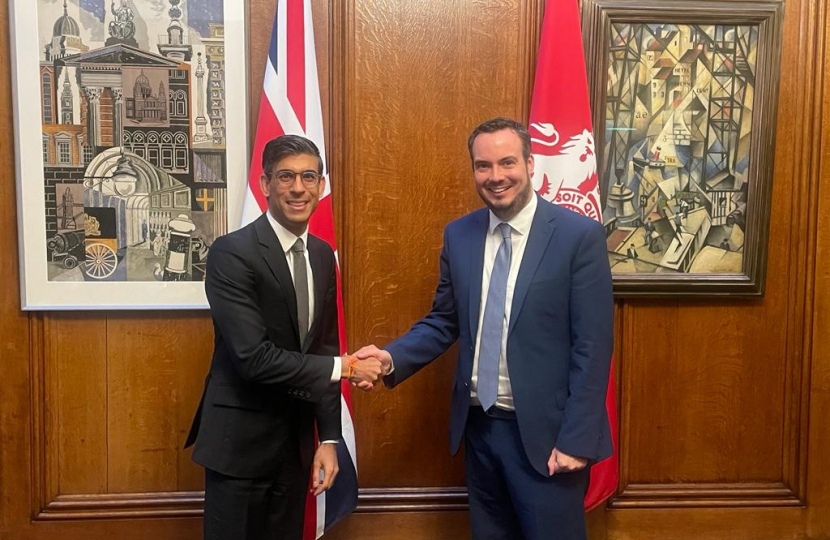 I vividly remember that dark night in March 2020 when we were first asked to stay at home. I was worried, like we all were. Over the days that followed, I received hundreds of emails every day from people in East Devon who didn’t know what to do. Many couldn’t go to work. Children weren’t at school. Lives and livelihoods were turned upside down overnight.

The biggest worry in my inbox came from people with jobs and the businesses who employed them. No money was coming in, they couldn’t open, and the funds to pay staff were draining away.

It didn’t take long for the former Chancellor, Rishi Sunak, who was relatively new in the job to announce the furlough scheme. He also introduced support grants, a temporary VAT cut, and business rates relief to help many businesses keep the wolf from the door. These necessary steps saved so many jobs and helped pay the mortgages and rent for many people in East Devon.

The Prime Minister and former Chancellor deserve much credit for their efforts to help us through the darkest period of the pandemic. Boris Johnson’s leadership meant we had access to life-saving vaccines which were delivered in every community across the country. More recently, he showed grit against Russia’s war on Ukraine. Sadly, far too many self-inflicted mistakes made it increasingly impossible for him to continue as Prime Minister.

And so we have to move on. But we must do so respecting the mandate we were given in December 2019. Our manifesto set out an exciting vision for our country. Over 50% of voters in East Devon supported it.

The next Prime Minister needs to be someone who respects the mandate we were given in 2019, works hard, and will remain focused on the challenges we face.

It’s moments like this when you have to go with your gut instinct. I believe Rishi Sunak has all the right qualities to become the next Prime Minister.

When we have met to discuss policies in recent years, he’s always listened. Though we haven’t always agreed, he’s set out his rationale and clearly explained why. We need a leader who always tests the argument, not someone who says all the right things and then does diddly squat.

Early in the pandemic, I met Rishi to press the case for business rates relief for regional airports. Only a handful of flights were operating from Exeter Airport at the time and I wanted to help protect jobs, connectivity and investment in East Devon. We met several times, I set out my case and he listened and agreed. Exeter Airport received multi-million pounds of support. Now it’s predicted to have over half a million passengers this year.

Flybe’s collapse put many local people out of work. Although the business had been in trouble for many years, taxes on passengers had also held the company back. Many of the routes previously run by Flybe from Exeter Airport have returned, and I want them to stay. I made the case to cut domestic Air Passenger Duty because UK domestic passengers were paying our punitive rate – higher than all of our European neighbours – twice for a roundtrip. Rishi agreed with me and made the call to cut taxes which is a huge boost for the aviation industry.

When MPs from across the South West came together to call for the dualling of the A303, he committed to delivering it. He represents a rural seat in the North and understands the challenges facing communities like ours. Rishi is the right person to restore trust and re-build our economy as we continue to support the people of Ukraine and address the impact of the worldwide pandemic.

This column first appeared in the Exmouth Journal on Wednesday 13th July 2022 and in the Sidmouth Herald later in the week.