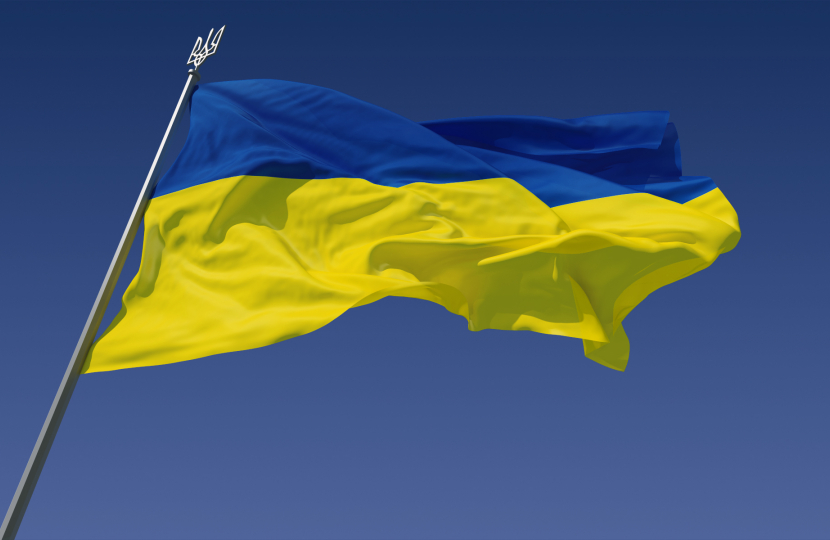 This is undoubtedly one of the darkest periods in modern times.

Russian tyrant Vladimir Putin tore up a peace deal. He sent his forces across the borders of Russia and Belarus into Ukraine. He now stands accused of shattering peace in Europe.

Putin vastly underestimated the steadfast response from the Ukrainian government and people. His military intelligence is as lacking as his own humanity.

The harrowing daily footage we are seeing is a haunting reminder of the fragility of freedom and democracy. The international community must consider the urgent next steps we can take together as the number of casualties rises by the day.

The UK government has introduced tough sanctions designed to hit Russia’s economy where it hurts. We’ve led the calls to remove Russia from the global Swift payment system, and we’ve provided military support including shoulder-launched anti-tank missiles which the Ukrainian forces have already put to good use.

At the time of writing, the PM has announced £40 million of further humanitarian aid to Ukraine to provide vital medical supplies. We are a generous nation.

We’re taking in Ukrainian refugees with family in Britain. But we can do more. We should offer sanctuary and support to the people of Ukraine during their time of crisis, providing a route for Ukrainians fleeing disaster, war, and persecution.

That is why I’ve signed a public letter to the Prime Minister calling on the government to offer a simple and speedy way for Ukrainians to apply for temporary refuge in the UK. Neighbouring countries including Poland and Romania are offering refuge for over 500,000 Ukrainians who have already fled from their homes.

Some are saying we should immediately offer permanent housing, too. However, I believe that we must only offer the hope of a new life if we can deliver it. We face our own housing crisis. NHS resources are stretched, and we don’t have unlimited school places.

Nonetheless, we must do what we can to help the people of Ukraine as they face war on the streets of their country. We share that responsibility with our friends across Europe.

This column was first published in the Exmouth Journal on Wednesday 2nd March 2022 and in the Sidmouth Herald and Midweek Herald later in the week.