Boris Johnson: Our plan to support the Armed Forces that keep our nation safe 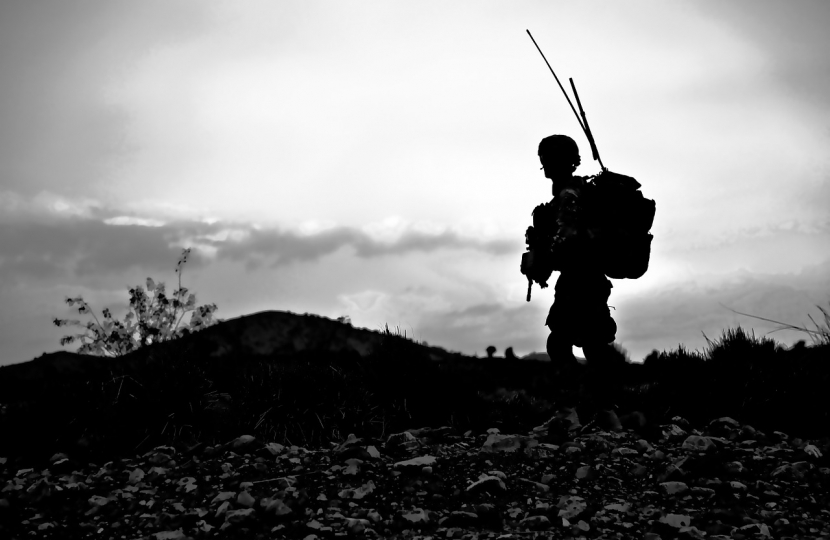 The Conservative Party today renews its commitment to the Armed Forces with a bold package of measures to support military personnel, veterans and their families, in recognition of the role they play in keeping the nation safe.

The package, which would be delivered under a majority Conservative government, includes:

Ahead of a trip to the Black Country to mark Armistice Day, the Prime Minister Boris Johnson said:

“As we remember the ultimate sacrifice made by our brave men and women for their country just over a century ago, it is right that we renew our commitment to the soldiers, sailors, marines, airmen and veterans of today.

“These measures will mean more childcare support for those who are currently serving. And it will mean that we harness the enormous contribution that veterans can make to our businesses and public sector organisations.

“If I’m elected on the 12th December, I want the message from my government to our armed forces to be louder and clearer than ever: we salute you and we will always support you.”

“In the days of advanced technology and automation it is easy to forget that the most important equipment in the armed forces are the men and women serving. This policy demonstrates our commitment to them and is a recognition of the pressures they face.”

“It's absolutely right that the nation looks after those who sacrifice so much for our security. The announcement by the Prime Minister about this new package will go a long way to support the military community at the Royal Marine Commando Training Centre at Lympstone as well as veterans across East Devon.”

The party has also underlined its commitment to protect former soldiers from vexatious claims if it is returned with a majority. It has pledged to introduce legislation to ensure that the Law of Armed Conflict has primacy and that laws which are intended to govern peacetime affairs are not applied to service personnel on military operations.