In any trade negotiations, the NHS will not be on the table 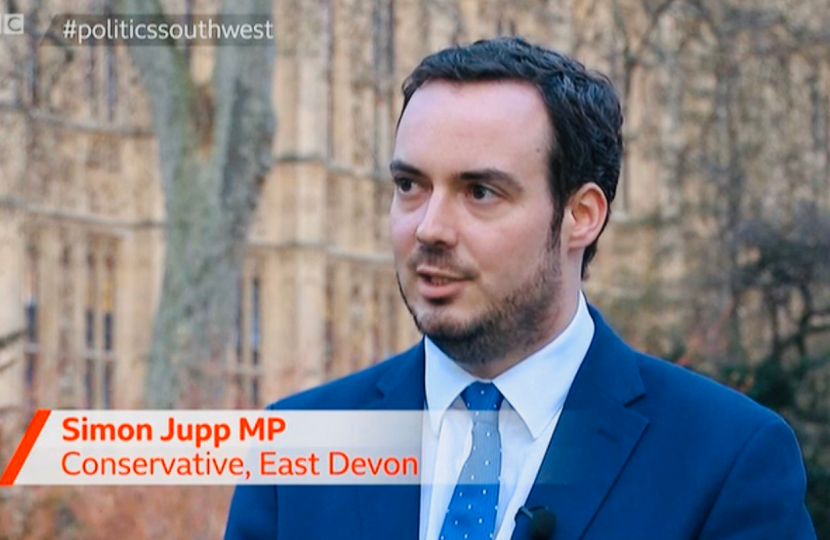 The NHS is not for sale. The price the NHS pays for drugs isn’t on the table. The fantastic services the NHS provides isn’t up for discussion in our trade negotiations with the US or anywhere else.

Last night, the House of Commons debated amendments to the Trade Bill. I know that there have been a number of misleading reports on this topic, so I thought it would be useful to set the record straight.

It's right that how I vote for East Devon is scrutinised. I’m your MP and represent you. I completely share the strength of feeling many have felt over the past 24 hours, as shown on local East Devon Facebook groups and emails I’ve received. Our NHS should be protected in any future trade deal. And it will be!

I'm disappointed in Labour's amendment last night, which was hastily scrambled together to generate headlines for their own ends with subsequent misleading articles on websites I don’t recognise as reputable news sources as a former BBC journalist. Friends and family work in the NHS and it’s been there for all of us during this devastating pandemic.

The Trade Bill debated last night is all about transitioning Free Trade Agreements we have already agreed so they continue after the transition period with the EU ends. To implement new agreements with global partners, the government will bring forward separate primary legislation. The Trade Bill cannot be used to implement future trade deals. It was absolutely not about the content of future trade deals and the future of the NHS, and headlines stating otherwise are deliberately misleading for petty political purposes.

The government has been repeatedly clear that our NHS will never be on the table in any trade agreements, including with the US, a position I fully support. The price the NHS pays for drugs will not be on the table either, and nor will the services the NHS provides.

We have always protected our right to choose how we would deliver public services in trade agreements, and we will continue to do so. Rigorous checks and balances on the government’s power to negotiate and ratify trade agreements are in place via the Constitutional Reform and Governance Act 2010.

I've been elected as your MP on a clear commitment that the NHS will not be on the table in future trade deals. My position won’t ever change. Anything you read on the internet or in certain sections of the media which says the opposite is, quite simply, nonsense.

What's the future for Exeter Airport?

MPs receive hundreds of emails a day. Say a dozen or so will be from industry lobby groups in the UK economy.