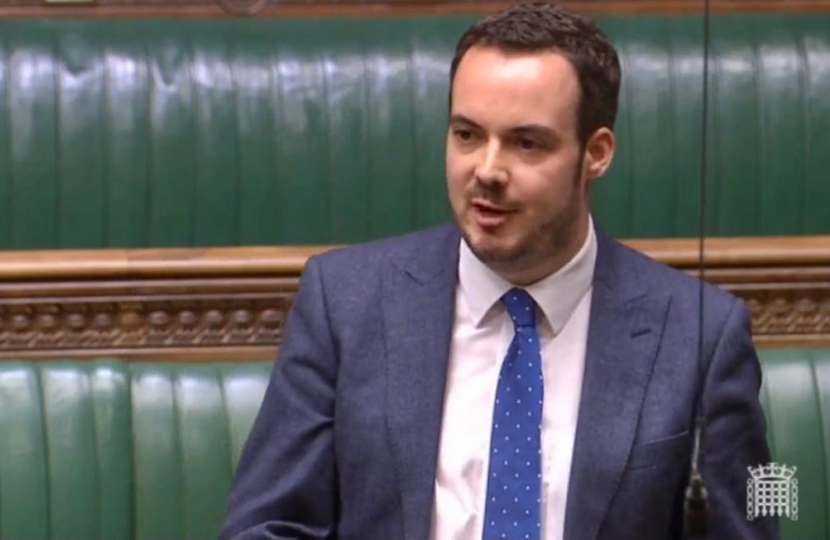 Last night, the House of Commons voted on the latest stage of the Agriculture Bill. I have received many emails on this subject and I have thought carefully about my vote having supported an amendment when the Bill was last before the Commons.

Whilst it is undoubtedly a positive step forward that being outside the EU gives the UK the opportunity to strike new trade deals across the world, this shouldn’t come at the expense of high-quality and popular produce from East Devon and elsewhere in the UK that we are quite rightly passionate about.

The government firmly agrees with this. I proudly stood on a manifesto that pledged that our very high animal welfare, environmental, food safety and food import standards will not be compromised in any future Free Trade Agreements.

This means that all food coming into our country will be required to meet existing import requirements. The Withdrawal Act will convert all EU standards into domestic law at the end of the transition period. We are not lowering our standards, we’re protecting them.

Crucially, this includes a ban on using artificial growth hormones in both domestic and imported products and nothing apart from potable water may be used to clean chicken carcasses. Chlorinated chicken isn’t and never will be on our shelves.

Every treaty will be debated and scrutinised in Parliament by law, and Parliament will have the opportunity to say whether a treaty should be ratified. Therefore, rigorous protections for our high food and animal welfare standards will be maintained and included in any future trade agreement we seek to sign.

In addition, since the last vote on the Agriculture Bill, when I supported a similar amendment to those before Parliament last night, a new Independent Trade and Agriculture Commission has been setup to advise the government on every deal as it progresses. The Commission will ensure that the voices of everybody involved in food production are properly heard. This will help to further ensure animal welfare and environmental standards in food production are not undermined. I believe the commission should be permanent and reiterate that Parliament already has the power to reject any trade deal that it does not like. I will be speaking to the Commission later this week to discuss its work on competitiveness, consumer interests and standards as I plan to make my position exceptionally clear at every opportunity.

With these safeguards firmly in mind, I did not support the amendments put forward to the Agriculture Bill this time around as I feel the government has now taken the steps necessary to protect the food we produce in East Devon and across the South West.

Given how I have previously voted on this Bill, please be assured that in the unlikely circumstance that a trade deal comes to the House of Commons which breaches our manifesto commitments, I would vote against it and I believe it would be roundly defeated, and rightly so.

Letter to the Chancellor

Across East Devon, landlords and restaurant owners recognise the financial support available to them. However, it simply won’t be enough for some who may be forced to call last orders for the final time. They will need more support to survive. Read my open letter to the Chancellor below.