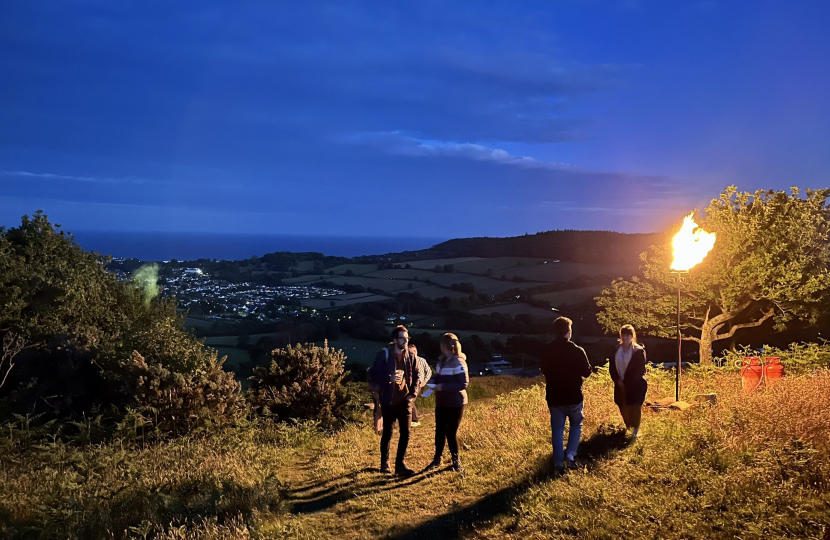 This week is a chance to recognise the fantastic contribution that volunteers make to communities across the UK.

We all know that the last couple of years have been immensely challenging. So many individuals went above and beyond to help the most vulnerable.

The annual Volunteers' Week has been a chance to reflect and say thank you to groups such as Sid Valley Help, Budleigh Covid support, Exmouth Mutual Aid and Estuary League of Friends. At the peak of the pandemic, I volunteered in Sidmouth. Of course, the small time I could dedicate to this pales in comparison to the efforts of so many including those who volunteered to help in the vaccine rollout locally for months at a time.

If you know of a group in East Devon you think does outstanding work in our area, why not think about nominating them for the Queen's Award for Voluntary Service? It’s the highest award given to volunteer groups. You have until mid-September to make a nomination online for next year’s awards. Previous winners include Neighbourhood Friends run by Westbank Exeter, Stoke Canon Inn, and Honiton Dementia Action Alliance.

At the bank holiday weekend, it was a great pleasure to celebrate The Queen’s Platinum Jubilee in East Devon. It was wonderful to pop along to Seachange in Budleigh Salterton followed by the fantastic Sidmouth Chamber of Commerce Street Party. I was then invited to light the beacon at Fire Beacon Hill, Sidmouth. A true honour! I hope you had a wonderful long weekend, however you chose to celebrate. And if you had to work, thank you!

Finally, congratulations to Dr Helene Hewitt from Sidmouth who has been appointed an OBE in the Queen’s Jubilee Honours for her services to climate science. Dr Hewitt has a real expertise in ocean and sea-ice modelling. A science fellow at the Met Office, she has been a lead author for the past four years of reports from the UN’s Intergovernmental Panel on Climate Change (IPCC) and has found that sea level rise could be higher than previously thought – a wake-up call for us all.

This column first appeared in the Exmouth Journal on Wednesday 8th June 2022 and in the Sidmouth Herald later in the week.