Weekly column: MPs must work together for the South West 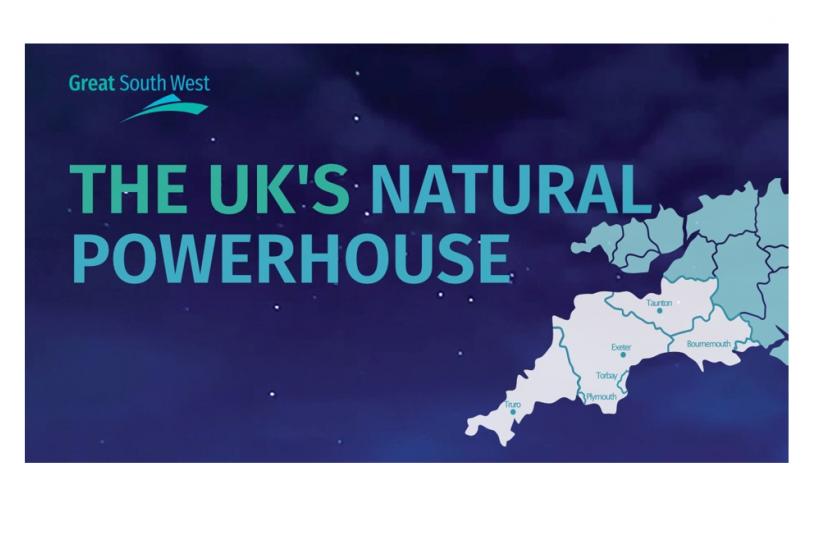 People often tell me they want to see more of their MPs working together. Some may find Punch & Judy politics entertaining, but it doesn’t help anyone in the communities we are elected to represent.

MPs can give our South West region a much louder voice only by working together. That is why I am incredibly proud to be the new chair of our region's cross-party group in Parliament – called the 'Great South West'. Exeter MP Ben Bradshaw is co-chair and brings a wealth of experience. These are unpaid roles and are not government positions.

Recently, the government pledged £1.5 million to fund a Great South West partnership between local enterprise partnerships, councils, universities, and businesses. It's funding to create a proper plan and powerful business case for long-term investment in our region.

This builds on the success of securing the money needed to improve the A303, the re-opening of the Okehampton railway line, the new Freeport in Plymouth and South Devon, and investment in the NHS which has seen the Nightingale Hospital in Exeter stay open to help bring down waiting lists.

More projects are in the pipeline, like a new Environmental Intelligence Hub in Exeter. There is also an ambition to make Plymouth the UK’s leading testbed for advanced marine security. Next-generation boats – called Maritime Autonomy Surface Testbed vessels – can be partly or fully autonomously controlled to identify threats such as enemy ships or collect intelligence on targets while moving at high speeds.

The talent to fulfil these ambitions is already right on East Devon’s doorstep. Exeter is home to a Russell Group University, a Gold rated College, the South West Institute of Technology, and Exeter Maths School. Exeter University is home to the largest concentration of environment and climate researchers anywhere in Europe.

The South West is a major economic region that should speak up more. Devon, Cornwall, Dorset, and Somerset have three million people, an economy of £64.4 billion, and almost 130,000 diverse businesses.

I'll work tirelessly to champion the Great South West with the next Prime Minister, whoever they may be.

This column first appeared in the Exmouth Journal on Wednesday 20th July 2022 and in the Sidmouth Herald later in the week.