Topsham’s former fire station must be returned to the community, says town’s MP and Councillors 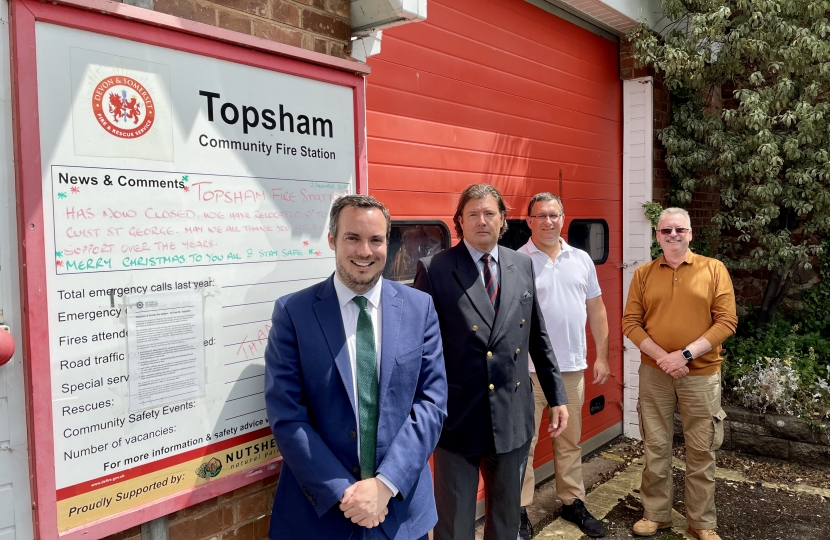 A campaign has been launched by Simon Jupp, MP for East Devon, and Topsham’s Councillors to call for the former fire station in the town to be returned to the community. 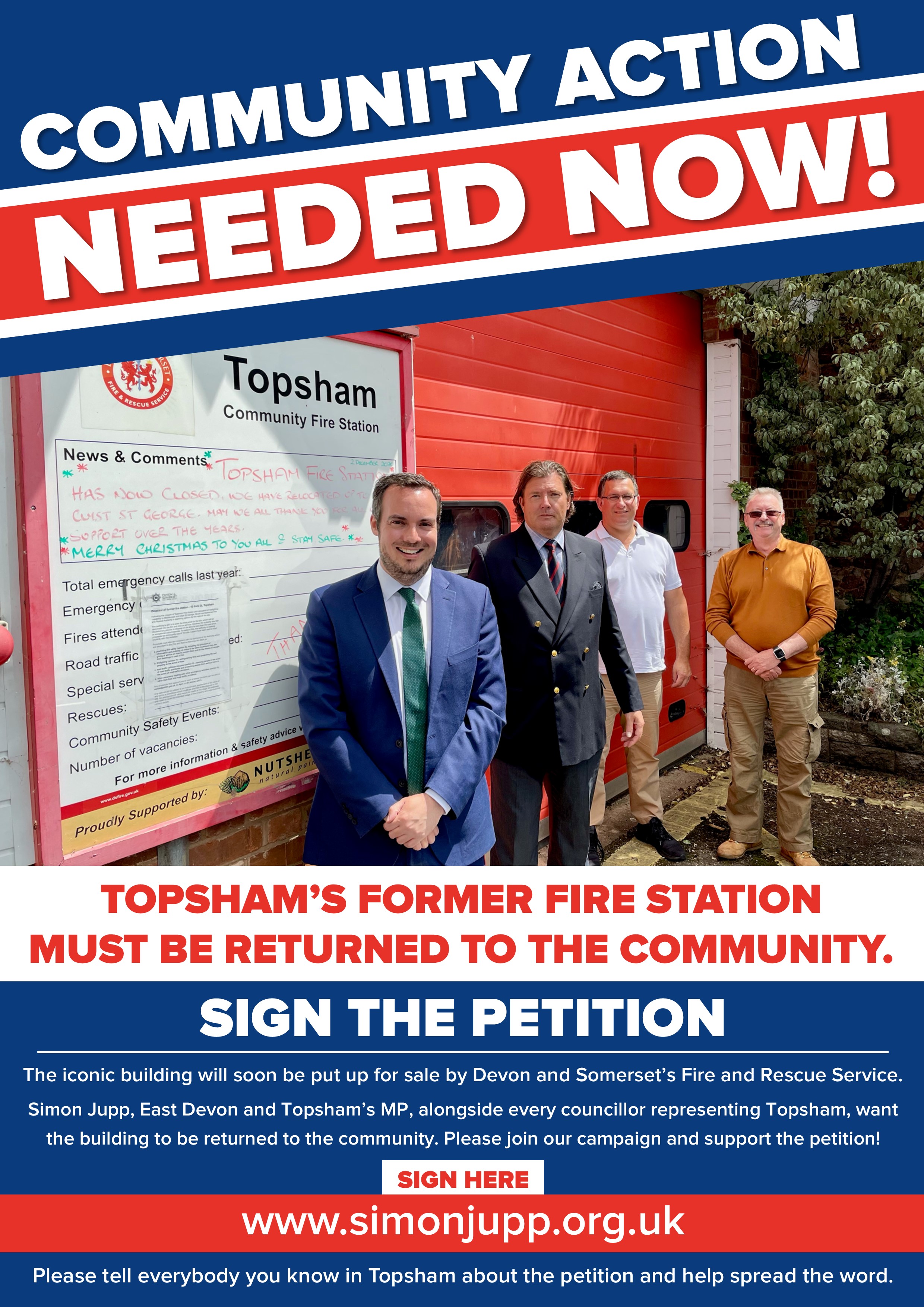 Located on Fore Street, the iconic building will soon be put up for sale by Devon and Somerset’s Fire and Rescue Service.

The former Fire Station closed last year with Topsham's Firefighters being relocated to the Service HQ at Clyst St George.

A petition has been created with the express intention of asking Devon and Somerset’s Fire and Rescue Service to look favourably at any bid for the building from a local community organisation, for example the Estuary League of Friends.

Simon Jupp, MP for East Devon, said: “I firmly believe the building should be sold for community use with the Estuary League of Friends being among the interested parties hoping to purchase the site and also re-open the public toilets. Topsham’s community spirit has shone throughout the last year and returning the former fire station to the community is undoubtedly the right way forward for the town. Please tell everybody you know in Topsham about the petition and help spread the word to help secure the site for the community and future generations.”

The campaign has been launched by Simon Jupp, MP for East Devon including Topsham & St Loyes, and every Topsham Councillor on both Exeter City Council and Devon County Council.

They said: “We fought to retain our fire station in Topsham and were gutted when the Fire Authority voted to close it - although we won the fight to get it relocated just up the road in Clyst St George. As a community asset, we firmly believe that the Fire Authority should prioritise the disposal of the building to a Community Organisation, meaning that local residents continue to enjoy and benefit from this much loved building. We urge everyone who believes that the building should remain in community ownership to sign the petition, which will demonstrate to the Fire Authority the public feeling on this issue!”

To find out more about the campaign and to sign the petition, please visit https://www.simonjupp.org.uk/campaigns/topsham-fire-station-petition