Read my full interview with the Exmouth Journal and Sidmouth Herald! 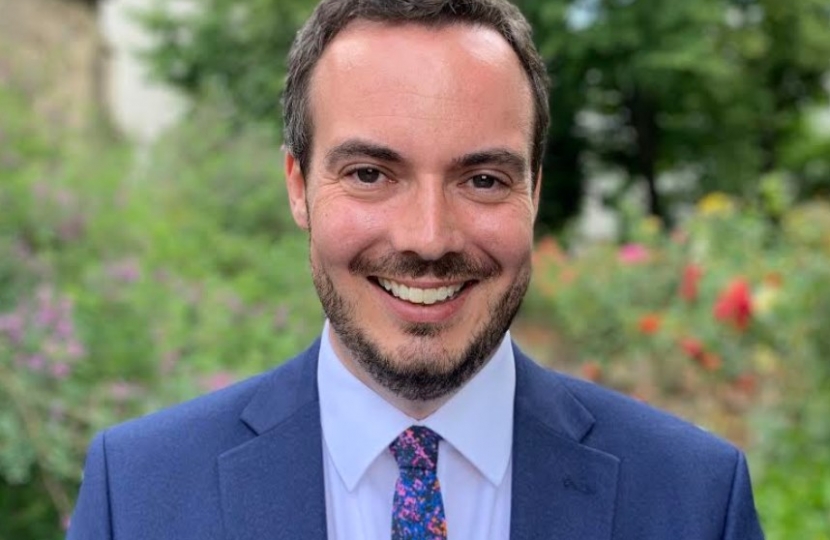 Great to catch up with the Exmouth Journal and Sidmouth Herald. You can read about some of my priorities which includes investing in our NHS, education services and transport infrastructure. We need new trains between Exmouth and Exeter, in particular!

The Conservative candidate hoping to take over from long-serving MP Sir Hugo Swire has spoken about what he wants for East Devon.

Sir Hugo held the East Devon seat for 18 years and Simon Jupp, a former government advisor and journalist, hopes to retain it for the Tories when voters go to the polls on December 12.

The 34-year-old says he will be working hard for the constituency, aiming to attract more GPs to the area, protect the area's healthcare services, and even, if it is possible, reopening a railway station.

Issues he would like to address include public transport, cycling routes, electric charging points, neighbourhood parking and broadband.

Mr Jupp pointed to his previous professional involvement in negotiations for funding to reopen the Portishead to Bristol line. Asked about Sidmouth, he said that 'if there is any way we could reopen the train line to Sidmouth we should'.

"Every single pot of money the Government ever comes up with, no matter what Government we have, I will be campaigning for it for East Devon," he said.

Mr Jupp, who was born in Plymouth, said he will be aiming to attract the workers needed in East Devon, particularly Cranbrook, such as GPs.

He said: "It is making people sure the GPS feel like they have the support needed and the best relocation packages."

He said he will be organising an event in the House of Parliament, for doctors and nurses who are interested in moving to Devon, to sell the location.

Mr Jupp himself moved to Exmouth at the beginning of November from a flat in Wimbledon.

The former journalist went into politics in 2017. He worked as an advisor to Dominic Raab, as well as working in regional politics for the Mayor of the West on England.

Mr Jupp said he 'hesitantly' voted 'remain' in the referendum but if there were a second referendum - something he does not support - he would vote 'leave'. He supports the Prime Minister's Brexit deal.

He added: "When I worked for the foreign office I went on visits around the world with the Foreign Secretary and people are lining up to sign trade deals with us - because they can once we have left the EU."