Plans to close Topsham and Budleigh fire stations should be scrapped 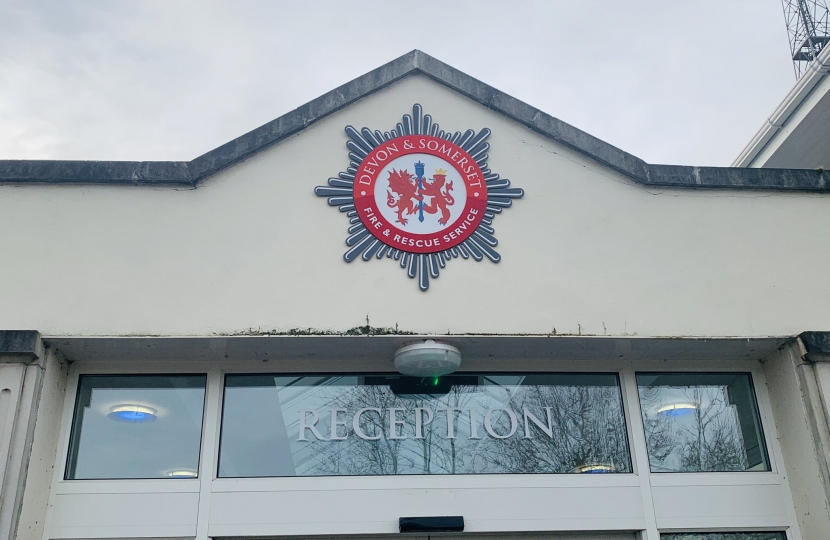 I strongly believe the proposals to close Topsham and Budleigh Salterton fire stations are short-sighted and should be scrapped. I have written to every member of the Devon and Somerset Fire Authority to urge them to think again. You can read my email below.

I hope you are well.

I’m writing to you as East Devon’s MP to express my deep concern about the proposals to close Topsham and Budleigh Salterton fire stations.

During the recent election campaign, the consultation and various proposals were brought up voluntarily on the doorstep and social media regularly. Clearly, my constituents feel very strongly about the service that’s kept them safe for many years.

Topsham is a growing, busy and thriving community. New developments have sprung up in recent years and the increasing population makes it particularly important to protect local resources to keep the community safe. The road network across the area is challenging in places, with small and narrow streets creating hazardous operational challenges for fire engines, adding crucial time to call-outs, particularly if coming from further afield. In addition, I’m reliably informed that the number of call-outs for Topsham was 260 last year, not an “average” of 20-25 as suggested in the deeply flawed public consultation.

Budleigh Salterton has a strong community spirit and significant pride in its local resources. The area is a logistical challenge, with tiny streets presenting significant challenges and adding time to call-outs, especially if the crew isn’t familiar with the area. The number of thatched properties also adds to the fire safety risk to the area and potential fires at these properties would need extra resources, not fewer. I’m also concerned that any decision to close Budleigh would be made before arrangements for the future crewing of Exmouth are finalised, creating much uncertainty.

More broadly, East Devon is a popular tourist destination with a swell in population during the peak season with busy hotels, attractions and even busier roads. Not only does any reduction in services risk the safety of people but could also impact the reputation of East Devon as a great place to work, live and visit.

Overall, these proposals are short-sighted. I believe they would also impact on the operational response figures which already require improvement according to the latest report by Her Majesty’s Inspectorate of Constabulary and Fire & Rescue Services.

I strongly urge you to scrap the proposals to close Topsham and Budleigh when you meet on Friday. East Devon will be watching the decisions you make. Please keep the safety of these communities in mind as you decide the future of our fire service.

Member of Parliament for East Devon