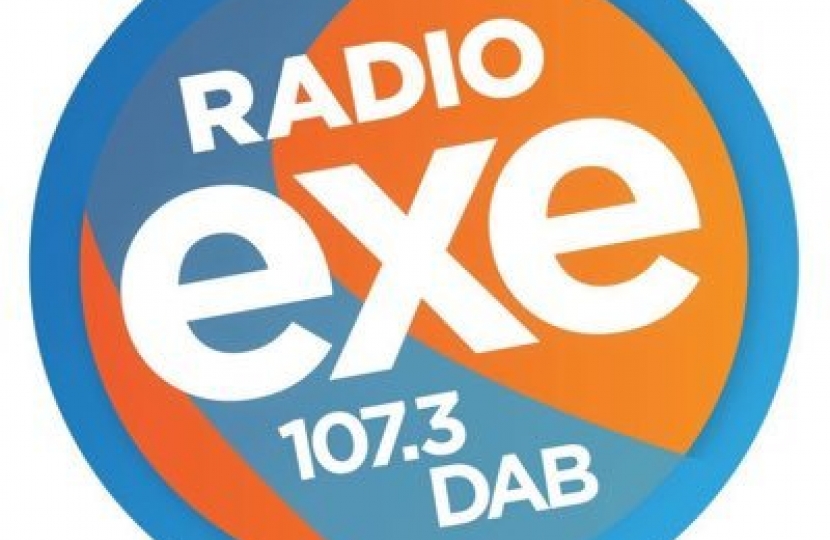 A recently elected MP is back on air as a presenter for the first time since becoming the honourable member for East Devon!

Simon Jupp (Conservative) is a former broadcaster who previously covered shows on Radio Exe. Now he’s returning to present the Sunday afternoon show this weekend, 22 March, from 2 to 6pm.

It comes at a time of national crisis that is affecting businesses and their workers, including the radio station. Mr Jupp was due to speak with Radio Exe’s managing director Paul Nero about the issues on Sunday, but with a programme suddenly to fill, Radio Exe asked him if he’d like multi-task, by having the meeting whilst presenting a show. The programme’s format will consist of Radio Exe’s usual mix of local content and music for grown-ups and will ignore politics completely, despite Mr Jupp’s new day job.

Paul Nero, who as well as being Radio Exe’s managing director is its joint owner, says: “Like many small businesses right now, we needed to raise some policy issues with local MPs, of whom Simon is the newest in our broadcast area. Local radio can help businesses and listeners in times such as these, but only if we are able to continue trading. I need to make some compelling points to regulators and legislators, so getting Simon back into our studios provides that opportunity – he just didn’t expect to be hosting a show at the same time. Fortunately for our listeners, he’s also an assured broadcaster that people will enjoy hearing.”

Simon Jupp says: “Radio Exe is a superb example of what local radio should be about, providing exemplary local programmes to a sizable audience. The team is smaller than listeners would imagine from the quality of the output, which goes way beyond its license commitments set out by Ofcom, and hugely more than the larger network brands that have largely abandoned any local services. I’m really looking forward to being back on the air, and communicating with the wonderful people of Devon.”