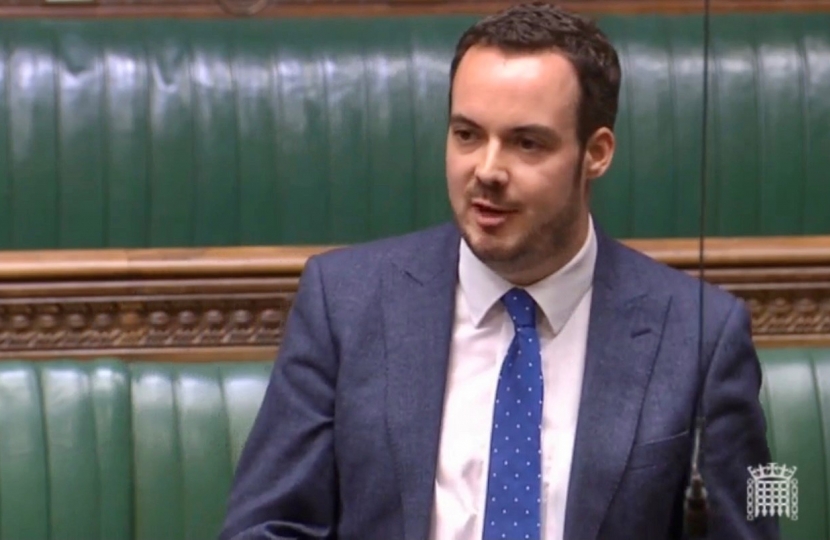 It’s really important to highlight that this vote was part of an opposition day debate. Parliament rightly provides opposition parties the opportunity to debate and vote on a motion on an issue of their choosing.

However, this vote was a motion to consider an issue, not change the law. It was a platform for debate and any subsequent vote at the end of the debate wouldn’t change the law and was designed to suggest the House of Commons has “considered” an issue.

This week, Labour chose to put forward a debate on free school meals and I voted against their motion. Again, whichever way I voted, it wouldn’t have changed the law. It was designed to divide Parliament on an issue which should be more important than politics.

Tackling child poverty is a challenge and I am determined to ensure families in East Devon get the support they need. I believe the best way to do that is through the welfare system, rather than through schools.

No child should go hungry, and a great deal of work and investment is going into helping families keep food on the table.

When schools were largely closed during lockdown, the government took the right approach in extending free school meals support to all those eligible. Families also received over £380 million in supermarket vouchers through the National Voucher Scheme.

Strengthening our welfare safety net is the right approach and I’m glad the government has now added an additional £9.3 billion this financial year, which means an extra £1,040 for families on Universal Credit and Working Tax Credits. Additionally, the local housing allowance was increased and a local welfare assistance fund was setup, administered by local councils.

It was right that Ministers recognised the extremely difficult situation families have been put in by coronavirus and took the action they did.

However, it is important to remember that free school meals are not a general welfare measure. They are aimed at providing healthy meals for children in school to ensure disadvantaged students can learn to the best of their ability.

Fundamentally, it shouldn’t be up to schools to provide meals for children indefinitely during the holidays and it’s right that we use the tools in place to help parents put food on the table. Struggling families need more individual support than the sticking plaster debated yesterday and I’d urge any family in this position in East Devon to contact me if they do.

I promise to help them access available support packages and won’t hesitate to highlight any issues with the Department for Work and Pensions. That is my job and I’m proud to do it. I hope you can see that the reality of yesterday’s vote was more about Labour party lines than actually helping anyone.