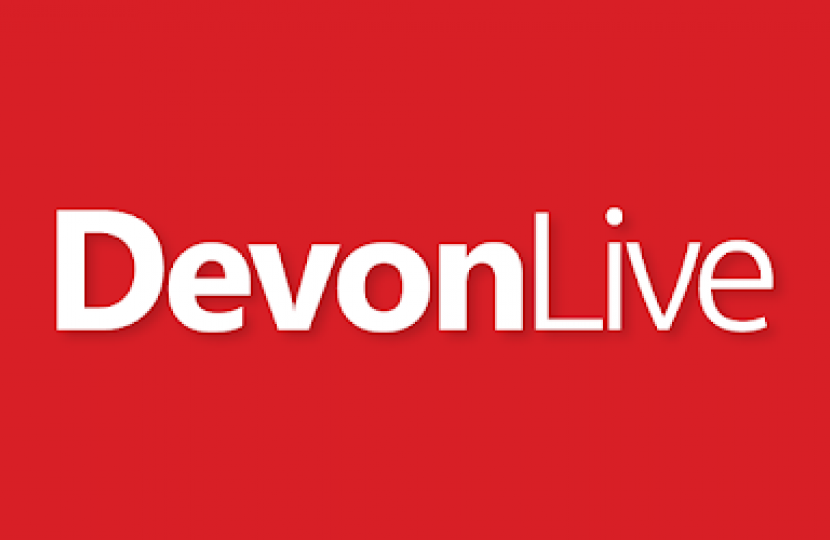 Exmouth is in line for a £20m boost to support its town centre.

Secretary of State for Housing, Communities & Local Government, Robert Jenrick, has confirmed that Exmouth will receive funding to help secure up to £20 million pounds from the Government’s new Future High Streets Fund.

The town will receive up to £150,000 to work on the development of detailed project proposals that can be submitted for capital funding.

East Devon District Council had earlier this year submitted a bid for Axminster as part of the Future High Streets Fund, but had seen that rejected.

At the Cabinet meeting where the council decide to put forward Axminster over Cranbrook as their bid, there was no mention of a bid for Exmouth and no councillor spoke in favour of the seaside town.

But following weeks of lobbying, Simon Jupp, Conservative Parliamentary Candidate for East Devon, secured an agreement for Exmouth to benefit from the Fund.

Mr Jupp said: “I have spoken to many businesses in Exmouth about the opportunities for the town and it’s time to work together to boost our High Street. I will work with residents, councils and business leaders to make sure we grasp this opportunity to deliver for Exmouth. Together, we can make East Devon an even better place to live and work.”

Explaining how it came about that Exmouth secured the funding despite not initially been selected and submitted, Mr Jupp added: “I’ve been looking at the issues people have spoken to me on the doorstep. In Exmouth, empty shops kept coming up as people want to use the High Street but can’t if the choice dwindles. It’s the biggest town in East Devon and although we have a brilliant selection of shops, we also have many empty units.

“I spoke with residents, businesses and members of the Chamber of Commerce and then contacted the Secretary of State and lobbied for Exmouth to be included in this fund. He agreed when we met last Friday.

“It gives Exmouth the opportunity to work up detailed proposals to put forward to Government and I’ll work cross-party to get it right.”

The new fund can be used to improve transport and access into town centres, convert empty retail units into new homes and workplaces, and invest in vital infrastructure. This is in addition to other business support, such as cutting business rates for high street shops and pubs.

Mr Jenrick added: “It was great to spend time in East Devon talking to Simon Jupp about the opportunities to boost Exmouth’s High Street. We know how important town centres are to communities and appreciate the pressure our high streets are under as consumer habits change and more people shop online.

“I want Exmouth to benefit from that and be part of the next group of towns to receive up to £20m each. Simon and I will be working with the local community to prepare a plan and get that transformative investment flowing into the town as soon as next year.”

Ian MacQueen, Chairman of Exmouth Chamber of Commerce, said: “This is excellent news for Exmouth and demonstrates the importance of backing business to create jobs and opportunities for everyone. I know Simon Jupp has worked hard to secure this funding and he’s got my backing to help deliver this important investment for our town.”

The announcement came on the same day that Hollywood actor Hugh Grant visited Sidmouth and told people that if they want to ‘take out the Tories’, they should vote for Independent candidate Claire Wright.