Devon Live column: What is happening now in Afghanistan is raw, difficult and deeply divided politics 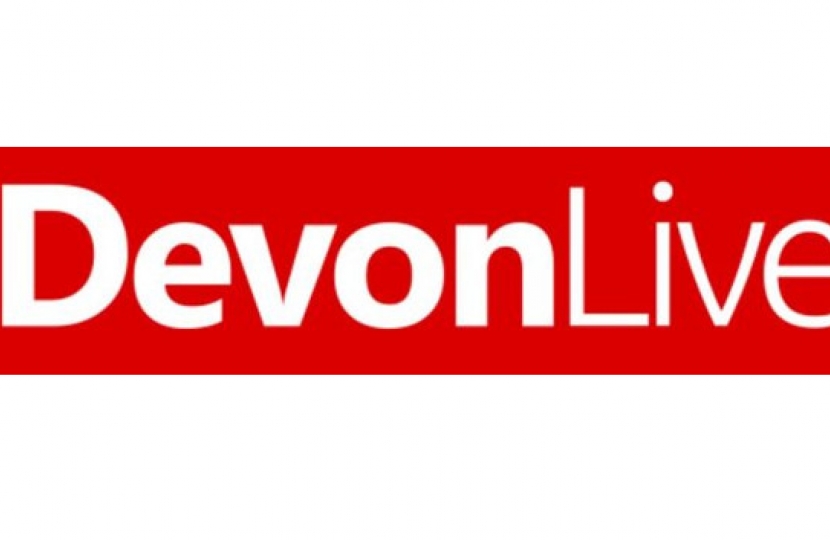 Seven years ago, the Union Flag was lowered at Camp Bastion marking the end of British combat operations in Afghanistan.

Since then, our ongoing presence in the country increasingly shifted out of the British public’s consciousness. Islamic State jihadists claimed more territory to set up new terrorist hotbeds for their twisted ideology across the Middle East and North Africa. As a former journalist, I remember this story dominating the news agenda when Cameron and May launched NATO-backed air strikes in Iraq and Syria.

Recent events have not just propelled Afghanistan back into the news after a long absence but brought into sharp focus fundamental questions about our entire mission in the country. I think of each comment posted on social media that “this was pointless” or “Blair shouldn’t have gone in anyway”, or email I’ve read saying the same thing. Such comments might be well-intentioned but are nonsense and potentially damaging.

Such sentiments denigrate the service of our Armed Forces who prevented Al-Qaeda terrorist attacks from Afghan soil and helped people in one of the poorest countries in the world access education and vote in democratic, free and fair elections.

No yardstick of success or failure can avoid the fact there have been 457 deaths of UK service personnel over the last 20 years of deployment in Afghanistan.

It is incumbent on all of us to reflect both on the ultimate sacrifice made by British troops. The incredible efforts by our brave troops promoted stability in a country deeply divided.

The veterans who served in Afghanistan fulfilled the first duty of the British armed forces – to keep our people safe – and it is only right that the government is committed to doing right by our veterans now that the conflict is over. That is why this week the Prime Minister announced a further £5 million for military charities offering support – building on the £10 million for military charities announced at this year’s budget and the £2.7 million announced last week for those facing complex mental trauma.

It would be completely remiss of me to pretend to understand what our troops went through during the conflict or the emotions they are going through now. Please know that in seeking support there are those out there who do – and I’ll help any veteran in East Devon who needs access to proper support.

Last week, the final British flights carrying military and diplomatic personnel arrived back in the UK from Afghanistan. It was an enormous military operation and our armed forces, diplomats and civil servants worked around the clock to evacuate over 15,000 people on 165 flights since 14th August. Squaddies, some as young as 18 or 19, stood on the airport gates with a rifle in one hand and checking paperwork with the other. It was a display extraordinary bravery and emotional resilience to confront as much a humanitarian as a military challenge, head on.

Without going into the figures, I know there are many people left behind in Kabul and Afghanistan who are connected with East Devon. I’ll continue to raise their cases with our government to help get them to the UK if eligible under our official relocation schemes, such as the one for Afghan interpreters who served with our forces.

What is happening now in Afghanistan is raw, difficult and deeply divided politics. No matter who you believe should be blamed, none of recent events is down to a single member of our armed forces.

As the MP for East Devon covering the Royal Marines training base at Lympstone, I reflect on our proud military heritage. If you see or know someone who serves or has served, look out for them, have a chat, buy them a pint or a coffee. The government needs to do its bit – and so can each and every one of us through what we say and what we do to offer our support. And if you served and need my help, I promise I’ll do everything I can to help you.

This column first appeared online on Devon Live's website on 9th September 2021 and in print in the same week in the Express & Echo.

Weekly column: Shopping locally has never mattered so much as it does now

Christmas is back on the horizon and as we all start to work out what to buy and for whom, I think considering where we buy our presents from has never been more important. That’s why this Christmas, I urge you to shop locally.